It was a revelation the day God showed me that people are just people and He is the One who
determines my value. That was just a little over a year ago and it still surprises me at times, especially in certain situations.

Confident about what God has shown me He wants for my life, I attended the National Hearts At Home Conference yesterday with a new perspective. I've sat in the audience of conferences like this before and thought, "How could I ever be on that stage, and tell people what God wants me to tell them? Look at me! Why would they listen to me?"

As God continues to stoke the fires of my dream of becoming an author and speaker, I went in to these conference sessions without my star-struck glasses on, and what I saw really threw me for a loop.

I watched the way these women walked and talked and dressed and spoke. It was amazing. What I saw was something that I had begun to suspect had to be true, but hadn't been able to convince myself of before.

They were all... every single one of them... normal. (They might disagree with that assessment, but to be fair, normal covers a pretty wide range for me.)

I found out one speaker and best-selling author is living in my home town and when I went to her Facebook page, saw she was already friends with MY MOTHER! What!?! How is that possible?

One admitted to all of us that she was wearing Spanx and couldn't breathe after running up the steps to the stage to speak.

Another talked about the time she was so tired with her four kids she actually asked the officer who pulled her over for speeding to arrest her.

Two talked about their healing, but not always stable marriages.

There were technical glitches.
(Granted, most were only glitches the perfectionist head of a church's A/V team would catch.)

I even saw a speaker's bra strap slip out once.

Don't misunderstand. It was an amazing day and very professionally put together! But God used those little things to remind me that I don't have to be perfect for Him to use me. I don't have to have angelic children, a spotless house, a flawlessly running business, or be in a perfect relationship.

The speakers I saw yesterday are real people... and that's all He wants from me as well.

The same goes for you. It doesn't matter how messy you think your life is or how you feel you lack in one area or another. God created YOU to be the you that you are. Be who He created you to be.

He wants more for you than you can even dream right now. Don't let that go because you don't think you are good enough or smart enough or pretty enough or put together enough.

I can't share this too many times. You have to know what He sees when He thinks of you! If you believed that... you'd truly believe that all things are possible through Him. 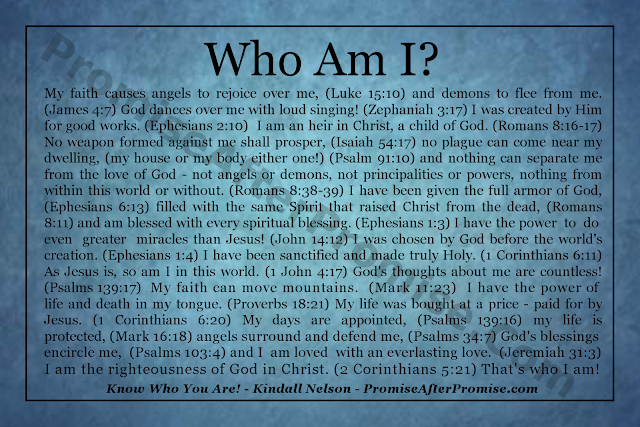 Jesus looked at them intently and said, “Humanly speaking, it is impossible.
But with God everything is possible.”
~Matthew 19:26

Now to Him who is able to do far more abundantly beyond all that we ask or imagine,
according to the power that works within us, to Him be the glory
in the church and in Christ Jesus to all generations forever and ever. Amen.
~Ephesians 3:20-21
Posted by Kindall Nelson at 10:48 AM 1 comment: 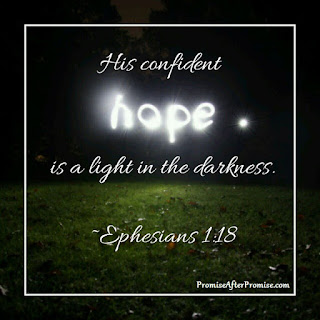 Last week I clicked a random notification
to play a random live video
and saw a random comment
completely by chance.

I've been a Christian since I was young,
Karen* said. But I can't seem to believe
that He wants me ... please pray for me.

Oh, that's why I'm here.
to tell a stranger You love her.
Maybe seeing her comment
wasn't so random after all.

I sent her a message with the photo below.
Here are some verses to tell you

what God thinks when He sees you.
I spent years believing He would
let me into Heaven because He had to
not because he really wanted me, I said.
When I came to understand grace
and what it really meant and how much
He really cares about me... it changed my life.

Thank you so much, she said,
and accepted my friend request.

Back on the original comment,
fifteen others left encouraging replies.
sixty-five "liked" the comment.
Some may have been an agreement to pray,
others just votes of solidarity, letting
her know, others feel the same.
I was blessed by the number who reached out.

Thankful for the opportunity to encourage,
I smiled. God is fighting for her today!
I hope she sees that. I hope she understands
how much He really does want her!

Then yesterday, quickly scrolling,
I saw her face in my news feed.
I wonder how she is doing today,
I said, scrolling back up.

It wasn't from her, it was her niece:
I am very sorry you all are suffering from her loss.
I will do my best to keep everyone posted.
Please contact me at ...

From other posts on the page,
and a text to her niece,
I found out that Karen had lost the battle
with the darkness that was trying to consume her.

I couldn't stop the tears,
but I also couldn't adequately explain
to those around me why I was
crying at church for someone I don't know.

I replied to her niece,
I'm confident she knows 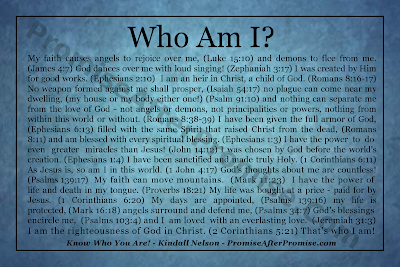 just how much God loves her now,
I only wish she had understood it
while she was still on this earth.

If only she had known.

If you are feeling hopeless, believe that He has hope for you. Know that He wants so much more for you than where you are right now.

You are precious to Him and He wants you... not because He wants everyone, but because He is knows and loves you, individually.

While it is almost impossible to be cognizant of every person we come into contact with each day, choosing to walk in the Spirit gives us the opportunity to stay connected to One Who does know....

"Hold that door."
"Hug her."
"Ask him how he is really doing."
"Pay for that stranger's cup of coffee."
"Tell that person who does all they can to irritate you, how much you love them."
"Be compassionate, you don't know what they are going through."
"Say, 'How can I pray for you today?'"

Don't believe in random chance.
Don't ignore the thump in your chest,
the tug on your heart, the inability to concentrate
on anything except what you know
you are supposed to be doing or saying.

God is fighting for them, as hard as He fights for you.

I pray that your hearts will be flooded with light so that you can understand the confident hope he has given to those he called—his holy people who are his rich and glorious inheritance.
~Ephesians 1:18

Love each other. Just as I have loved you, you should love each other.
Your love for one another will prove to the world that you are my disciples.
~John 13:34-35

Posted by Kindall Nelson at 6:32 PM No comments: