For thirty years I believed
saying a prayer when I was five
only meant I was going to Heaven someday.

For thirty years I believed
God sent Adam and Eve out of the Garden
because He was angry with them.

For thirty years I believed
if I didn't act right,
God would punish me too.

For thirty years I believed
if I followed the Bible as a rule book for Christians,
God would believe I loved Him.

For thirty years I believed
if I did what He said,
God might answer some of my prayers.

Thirty years is a long time
to be bound by something
that was meant to set me free.

Thirty years is a long time to believe lies.

I don't believe anyone intentionally lied to me. There are lots of reasons I didn't understand the truth. But to find out I spent thirty years bound by something that was supposed to bring me freedom is crazy! 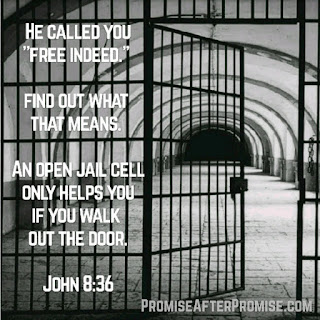 In the last two years I've learned more about what I stepped into when I prayed that prayer at five than in all my previous thirty years combined.

The funny thing about discovering the freedom I have in Christ is the realization that I've always had it. Jesus unlocked the prison doors a long time ago... but I had to walk out... and until recently, I didn't know how... or what was waiting for me outside of the prison.

I can do all things through Christ who strengthens me.
Philippians 4:13

I tell you the truth, anyone who believes in me will
do the same works I have done, and even greater works,
John 14:12

If I had really understood those verses, if hadn't just said them all the time without thinking about what they really mean, if I had really known what I had by the Grace of God... how would my life have been different?

I could think about that for days, but the truth is this: what really matters is what is happening right now. What am I doing TODAY with the freedom and power I've been given? That's what is important.

Today I'm finally living the life God planned for me. I don't necessarily mean He planned out each step and decision along my way... I mean I am living without fear. I have all of my needs met through Him and I'm excited about letting others know they can have it too.

I know because I am too.

Where the Spirit of the Lord is, there is freedom.
2 Corinthians 3:17

Posted by Kindall Nelson at 8:35 AM No comments:

What Grace doesn't do 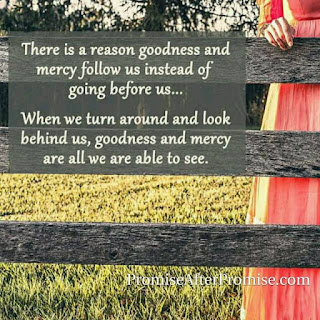 When you've been taught your whole life that you walk the line or end up in hell, it's easy to be skeptical of a crazy thing called Grace. Many people are. And do some who don't really understand it, try to abuse it? Of course! But that's not the purpose of Grace. In the end, God looks on the heart... and I know Who mine belongs to.

"But, Kindall, if Grace really covers everything, past, present, and future... then you have the freedom to sin and get away with it! That's wrong!"

I know it can be confusing. Heck, I argued it too when I found out what a gift I really had in Grace! Here's the truth about my newfound freedom...

Grace doesn't give me the freedom to sin.

Grace gives me the freedom to break out of my old patterns, habits, and beliefs about myself and live in a way that pleases God, not because I'm scared He is going to punish me, but because I am so overwhelmed by the fact that He didn't... because of His love for me. <3

Grace doesn't give me the freedom to intentionally fall.

Grace gives me the freedom, when I fall, to stand up, dust myself off, and move forward without the self-loathing that I used to feel every time I messed up... which was all the time.

Grace doesn't give me the freedom to be nonchalant about God's Word.

Grace gives new meaning to the words "repent and confess" and makes them a part of my everyday life as I turn towards Jesus in every situation and say the same things He says about me. (He says some pretty awesome things about all of us!)

Grace doesn't give me the freedom to look down on others.

Grace shows me how others are hurting and what I can do to help. It breaks my heart for the things that break His heart. It is hard to understand grace and watch someone suffer without it.

Some would say that, as a believer in Grace, I have the freedom to do anything I want... but because of Grace, all I want to do is change people's lives the way mine has been changed, by the love of Jesus.

What shall we say then? Are we to continue in sin that grace may abound?
By no means! How can we who died to sin still live in it? Do you not know that all of us who have been baptized into Christ Jesus were baptized into his death? We were buried therefore with him by baptism into death, in order that, just as Christ was raised from the dead by the glory of the Father, we too might walk in newness of life.

Mondays are not the problem 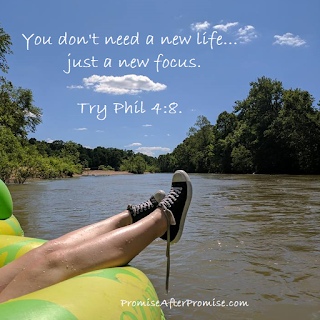 I love my job and the fact that God lets me make people's lives better in the variety of ways He does. I love that I can provide for my family. I love that I have a decent place to live and enough food that I can say things like, "I should exercise more or eat less."

Am I super excited about getting up at 5:30am tomorrow? No. Am I energized when considering every aspect of my upcoming work week? No.

But I am so blessed... blessed more than I could ever write here. I know who I am... and who I am doesn't hate any day that I wake up alive and have the ability to praise the Lord for everything I get to do.