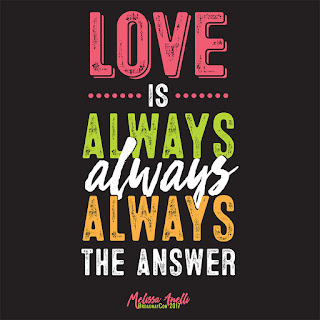 Standing in front of the small group of people I'd never met before, stumbling over my words, glancing at my notes again and again, I thought, "Man, I am really butchering this. These people don't know me. They probably think I'm crazy."

I searched their faces as I spoke, looking for signs they could hear my heart in the words that I shared, but I couldn't be sure.

What I am sure of is this: the violence that seems to be overtaking our community is not just rattling, it's heartbreaking. Too many of us who don't deal with it daily will see it on the news, wish there was something we could do to help, and forget a few minutes later. Not because we don't care, but because we don't know what we can do.

"Nobody has the answer to this." I heard someone say the other day.

Words aren't enough. We have to put them into action. This Peace Rally I was introducing to the group is where I feel God leading me towards action.

The violence happening in our city is the result of a whole lot of hurting people for a whole lot of reasons. Love is the one thing that can fix this. It's the only thing.

Still talking, I looked at the clock, realizing how many points I had wanted to make and still missed while running well over the few minutes I intended to share. A little discouraged, but trying not to show it, I said "Does anybody have any questions?"

There were a couple.

Then, one guy in the back raised his hand.

I expected him to address me, but instead he addressed everybody else.

He said that he had seen my work before on other projects I've been apart of, naming one... and assuring them all this was something they should feel comfortable getting behind.

He finished with, "She's legit."

I was shocked for a second. Those words hung in the air.
She's legit.

I breathed a sigh of relief.
God was saying, "Stop worrying, Kindall. I've got your back."

Short of turning around and running the other way, I can't screw it up as long as I remember He's the One who led me to this spot I'm standing in the first place.

I've been told for years that God doesn't call the equipped, He equips the called. But it's so easy to forget that in the moment when you hear that little whisper... often so quiet you think it must be coming from inside you... "You can't do this."

It took me a long time to learn the truth about who God says I am so I could talk back to that voice. Now I can say, "Oh yeah? Watch me."

So thankful tonight for the love and grace that empower me to say that.

And so we know and rely on the love God has for us. God is love. Whoever lives in love lives in God, and God in them.
1 John 4:16