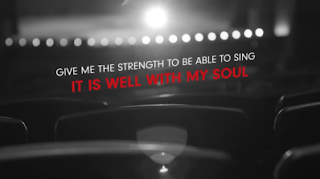 The mouse hovered over the "Post" button for quite awhile, although I had already edited it several times. I battled with myself...

I don't post this kind of drama anymore.
- It's not drama. People will understand you really need them.
I know what I'm supposed to do.
- Ask for help, even though you hate asking for help.
I tell other people what to do when they are slipping into depression like this. Why can't I just do it?
- I don't know, but what you are doing isn't working.
God, please fix this...


Between a scary diagnosis for my daughter and an unexpected break-up, I was crushed.

It was Saturday morning and I had spent close to 18 hours in bed at that point. Sleeping, crying, begging God to just fix it all, bargaining with Him about Lauren, and sending Mike messages, trying to get him to talk to me, mostly to no avail. I had barely eaten in 3 days. I just wasn't hungry.

I kept telling myself to get up.

Go take a shower and be a human and leave him alone.

I sent him one more message that I was going to spend time praying and try to leave him alone.
I managed once to get up. I walked into the living room and turned around and walked back to my room and got back in bed.

It is cold out there. My room is warm.

Tears started again and knew I needed to send that post. I needed prayer and encouragement. I needed support from people who knew I was struggling.

Friends started commenting on my post. One after another told me they were praying for me. Some told me how much I had encouraged them in the past. Others posted encouraging comments or advice.

One posted a link to a video.
I scrolled past it a few times... then I clicked play.


As the lyrics hit me, I alternated between sobbing and singing.


"They say sometimes you win someSometimes you lose someAnd right now, right now I'm losing bad
I've stood on this stage night after nightReminding the broken it'll be alrightBut right now, oh right now I just can't
It's easy to singWhen there's nothing to bring me downBut what will I sayWhen I'm held to the flameLike I am right now..."
That was me. Minus the stage. I started singing it directly to God.

Then, as I hit the chorus for the second time, I realized something...

"I know You're able and I know You canSave through the fire with Your mighty handBut even if You don'tMy hope is You aloneI know the sorrow, I know the hurtWould all go away if You'd just say the wordBut even if You don'tMy hope is You alone
It is well with my soul"
This was the first time I had said anything to God in the last few days besides begging Him to fix everything.
Instead of  Heal Lauren. Help me figure out what happened with Mike. Let the test's results be a mistake. Let the surgery not be needed. Make Mike talk to me.

I said "But even if You don't, My hope is You alone. It is well with my soul."


And as I said those things out loud, I felt peace. And then, God told me exactly what I had needed to hear all along. And I knew instantly why I didn't hear it before... I hadn't been listening. I was demanding. I wasn't praising Him, thanking Him for all I have. I was throwing a temper tantrum because I wasn't getting what I wanted. He was there. He was listening the whole time. I just had to stop throwing a fit and listen. I couldn't hear His voice over my own.

I got up and took a shower. Still struggling, but determined not to give in and go back to bed.

I told the kids to get ready we were going to go out to eat and see a movie. They all agreed on the same place to eat and the same movie... which told me God was already fighting for me. I mean, that was a miracle in itself!

We had a really great time. The movie was awesome. We all laughed and enjoyed each other's company. There were no tears the entire day. And, when we got home, instead of going back to bed, I went to work. It turned out to be a pretty good day. 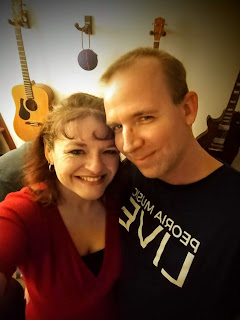 Before we left for the movie, I had sent Mike another message. While I didn't understand what happened, I realized that I had a few things to apologize for and I hoped he would talk to me before I left for Minnesota in a few days...

When we met on Sunday, he said my whole tone had changed in that message. He read it, and knew he wanted to see me again.

We talked about a lot of things... baggage we hadn't acknowledged before and mistakes that were made and how we should have done things differently. Best of all, we decided that maybe it isn't over after all. Neither one of us is perfect, but we may still be perfect for each other. I'll keep you posted. ;-)


Tomorrow I am driving Lauren 14 hours round-trip to Minneapolis to talk to her neurosurgeon and figure out what our next steps are. I still believe Lauren could see a miracle. I still believe the surgeon could say she doesn't need surgery. I still believe God can heal her. But even if He doesn't do it when and where and how I want Him to... we are going to be okay. My hope is in Him alone. 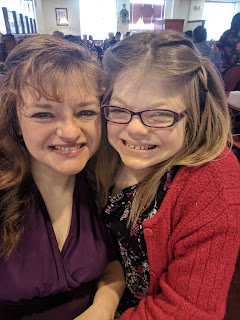 What are you struggling with today?

God's got you too.
Stop fighting with Him and listen.
He might be trying to give you
the answer you are begging for.
Are you sure you can hear His voice
over your own?

We appreciate your prayers for Lauren.
You can keep up with her at
Facebook.com/laurend1014