Six years ago this week

This is the time of year where Facebook Memories reminds me daily of how far I've come.
Six years and a couple days ago I posted about just being thankful to have any roof over my head and to wake up someplace where I wasn't afraid of what anyone in the place I was living was going to do that day.

Of course, the new place the kids and I were living was a campground and I had no idea what was in store in the coming months. It was just day one.

Things got way worse before they got any better.
At one point I lost all hope that anything would change for us... And yet, here we are. 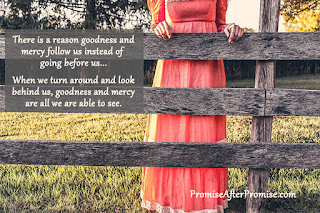 Some days I'll see the status updates from back then and remember what really happened that day... because I was too ashamed to admit the truth to anyone. Other days I'll just wish I hadn't re-read it because that girl was a hot mess!

If I could have seen this far into the future back then, I would have laughed and told God He had the wrong girl... and I would have been right. I barely recognize that girl when I look in the mirror these days. (That's a good thing.)

I wasn't going to post this, then my 14yo randomly said to me, "Can you imagine if someone had told us about our lives now back when we moved into the camper? We would have laughed."

Laughed. Cried. Run and hid. We would have done something!

I don't know what all of my friends are struggling through right now... but know that if I could tell you now how much better your life will be when you just have a little faith... you would probably laugh at me too.

All I can say right now is just hang on... and keep your eyes open. God has a plan, but He won't force you into it. So, when God puts opportunities in front of you... take them.

And when you look behind you, don't beat yourself up over all the things that pulled you down. Grace and mercy have followed you for a reason. Look behind you and see them there, covering everything else and be thankful.

I know some of you are thinking, "Kindall, you've done what you've done because of YOU..." And you are partly right. I hear you... and I LOVE that so many people believe in me and are proud of me.

It is true that I saw opportunities and I took them. Work needed to be done and I worked my butt off. Parts of me were broken and I went and found the help that I needed to fix them.

But I didn't have the strength to do all of that myself... not until I understood what God really thought of me, that I could be secure in my belief that He ONLY wanted good for me. That He doesn't just care about eternity, but also my life while I'm here... that He wasn't just waiting for me to make a mistake so He could make an example of me.

Some people have told me, "You're just blessed. Whatever you touch works out." Haha. Not quite. But when you look at the things that HAVE worked out and wonder why... know that God doesn't love me any more than He loves you.

Good is coming.
Believe it and look for it.
Don't be scared. Just jump in.
Something amazing is about to happen.


For we are God's handiwork, created in Christ Jesus to do good works, which God prepared in advance for us to do.
Ephesian 2:10

Now to him who is able to do immeasurably more than all we ask or imagine, according to his power that is at work within us, to him be glory!
Ephesians 3:20